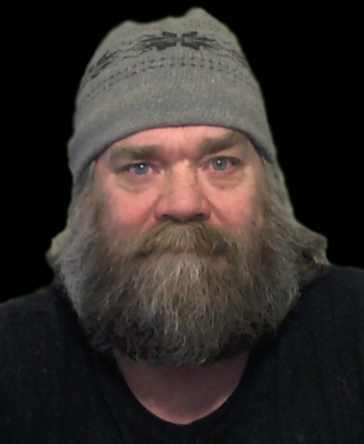 I grew up in New Jersey on the estate of Clarence Dillon, Dunwalke Farm. I attended 1st grade at Far Hills School, Bedminster Elementary School up to eight grade and graduated from Bernards High School.  I went into the military after high school and was discharged under honorable conditions in 1982.

I moved to the Pocono mountains in Pennsylvania and lived in Tobyhanna for a little over a year. As much fun as I was having in Tobyhanna, even a party can get old after a year, I felt I needed to do something different.

As I was watching television one day I saw that the Clyde Beatty Cole Bros. Circus was in Stroudsburg, Pennsylvania. That afternoon I went to the circus to inquire if they were hiring labor, they were and told me to be there the next day at 8 PM.
I worked and traveled with the circus that whole season. I found myself in Deland, Florida at the end of the season. After a few weeks in Florida I hitchhiked back up to the Poconos.

Everything had seemed to change, the seventies seemed to have ended while I was gone and the eighties had truly begun. I didn’t like it and I wanted no part of it. I decided to pack my duffle bag, which I still had from the military, and hitchhike to California. My expectations of California were greatly overblown and I was supremely disappointed by the reality of California. I then came to Medford, Oregon for the first time and adopted Oregon as “my home” although I spent the better part of the next six years hitchhiking though the States of the union.

The last State I had gone to before coming “back home” to stay was Hawaii. I truly went to Hawaii with the intention to live out the rest of my life there. I didn’t. I did however meet my wife there (Maui). She was a German citizen housesitting for a radio operator doing contract work at Diego Garcia.

I moved back to Oregon and my wife (well not my wife at that time) followed in about a month. We later were married in Reno, Nevada.

A friend and I opened a detail shop and my wife landed a job at a lumber mill. I thought I’d “grow up” and do the things adults do, get a drivers license (which I hadn’t had for nearly ten years), open a bank account, etc. Every time I interacted with a government agency of any kind at any level they seemed incompetent, arrogant, lazy and corrupt.

I thought that now that I was a “responsible adult” it was my “civic duty” to inform the powers that be of the situation they must not be aware of so they could rectify it as I knew they would want to. I was wrong but, I did learn incompetence, arrogance, laziness and corruption flow down from the top.

I began to go to every county commissioners meeting and utilize the opportunity to speak, I co-chaired a county group focused on States rights called “The Tenth Amendment Group,” was a delegate for the American Party (“major” party in Oregon formed on the vote percentage of Ross Perot) at the State convention. I also participated in UN flag burning rallies and was pivotal in educating and convincing my State representative to change her position and vote against the State of Oregon’s call for a Constitutional Convention (con con).

I then began to “hang out” at The American’s Bulletin and started to learn more about the untaught history of and the and laws of the United States. I was an avid reader of magazines such as Media Bypass, Criminal Politics and Anti Shyster magazines. It was a time when the “average” Citizen was interested in freedom and less government and not afraid to say so and gather with others that felt the same way in an effort to change the destructive and repressive course of this nation.

Then the Oklahoma City bombing happened and everything changed. 70% or so of the brave patriots showed themselves to be the cowards they always were. The United States government had resorted to terrorism in order to quell all the “dangerous” talk of “freedom” across the States of the union.

As the numbers in the “Patriot Movement” continued to dwindle I thought those of us left needed to do more. I spent two years in federal court suing a corporation over firing me for refusing to provide a social security number. Here I learned that selective recognition of the law, blatant disregard for the Rules of Procedure and prejudice towards people presenting their own cases was the status quo in the federal court system. I did not win that case but did acquire two years of experience in the Federal District Court.

I fought to enforce “Alodial Land Title” on five acres of land my wife and I owned in Chemult, Oregon and again found a blatant disregard for the spirit of the law and as it is written. The State seized that land.

I cut my “Driver License” in half and sent it back (with voluminous paperwork explaining my legal and moral position on the matter to the State of Oregon) and travelled for eleven years without it. I was pull over six times had to present my position in court four times, all four times the action was dismissed.

I began to realize that as hard as a few of us were fighting there just wasn’t enough of us. I decided to start a newspaper in 1998, I called it The American Voice. It was a nationally available subscription newspaper that I also distributed in my local area for free where ever businesses would allow me to place it.

Through the newspaper I began to get radio interview offers, which I always accepted. This in time encouraged me to start my own radio show called The American Voice Hour (once a week on Saturday nights).

I now began to see the dishonest, backstabbing, money grubbing and infiltrated underbelly of the “Patriot” movement that I had until that time thought of as the hope for America.

I started American Voice Radio Network in 2004 and for several months produced the radio network and published the newspaper. Eventually I realized I could no longer do both, there didn’t seem to be enough hours in the day and the diminishing support for the printed word made it clear to me to exclusively focus on the radio network.

I experienced the profound personal tragedy of my wife dying of cancer. I did not respond well and came very close to losing everything and, at the time I didn’t care. If not for a few friends helping me through, I doubt you would be reading any of this.

Presently I run American Voice Radio Network and do my own show, The Frank Report (which was the same name as my monthly column in the newspaper) here in Eagle Point, Oregon. Melissa Roxanne, a host on AVR, lives with me (I will never again procure a State license to marry) and our many cats and two dogs. I am a somewhat solitary man but I want to express my gratitude to Melissa for her companionship, enthusiasm for the truth and for loving our cats as much as I do.